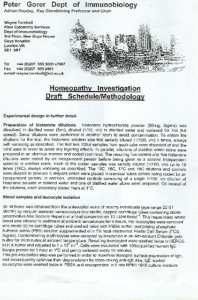 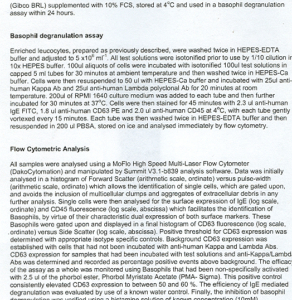 The various emails and writings at this website have shown that the BBC’s Horizon program and ABC’s 20/20 program conducted an experiment using homeopathic doses of histamine to observe its effects on a type of white blood cell, called basophils.

For the first time, we are now making public the PROTOCOL that was developed and conducted by WAYNE TURNBULL, the head of flow cytometry services at Guys Hospital in London (Mr. Turnbull is a medical technologist, which in the medical and scientific world is a relatively low-level position that doesn’t require graduate school training).

Professor Ennis’ email makes note of the several significant problems with this experiment.

Please note that the BBC’s program asserted that their study was a “replication” of Ennis’ work, and we are now verifying that this was not true.

The producer of the program, Nathan Williams, has consistently ignored this fact, and the BBC has not yet reprimanded him for his junk journalism.